I have felt it quite a privilege to have the Vincent Wildlife Trust so close to where I have lived for many years and had been keeping a close eye on their social media pages and website. I became aware the VWT were planning on recovering the population of Pine Marten in the UK and read that the species had almost become extinct during the early part of the last Century. Last year I read that they were hoping to reintroduce breeding pairs to Wales (where I was born) from Scotland. I met the VWT earlier this year with the idea of painting a Pine Marten and from there, a card which might help raise funds for the Trust.

I found several beautiful photographs taken by fantastic UK wildlife photographers who kindly gave me permission to paint a selection and I found this one photograph which spoke to my heart – it was close enough for me to see this little Pine Martens eyes and detailed enough for me to feel his coat and which was taken by Lev Frid and who kindly gave me permission to paint from his photo and for which I am so grateful.

This is the painting I created from that and which ultimately the VWT chose as one to make into a card for the festive season.

All profits from the proceeds of the cards will go to the VWT.

A little about the VWT – 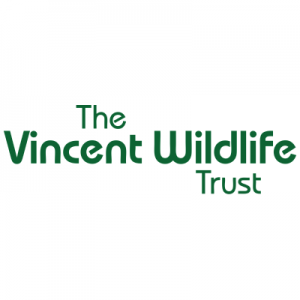 They are a charity working hard to safeguard the future of mammals in Britain and Ireland. During their 40 year history they have made major contributions to the conservation of the otter, dormouse, water vole, polecat, pine marten and bat species – especially the greater and lesser horseshoe bats. Today, they specialise in focused, long-term solutions for the conservation of rare or ‘difficult to track’ mammals, through conservation-led research and practical field applications.

I am a member of the organisation, TWASI, The Wildlife Art Society International and was moved to discover that Vincent Weir’s inspiration for his love of wildlife was through the wildlife art of Sir Peter Scott. I also read that Vincent Weir had a close association with the organisation, Plantlife. Several years ago I painted my ‘Wildflower Meadow Hare’ in which I paint a wildflower meadow within the body of a magical hare (inspired by Plantlife’s aim to restore the beautiful wildlife meadows of the UK) – and in which I depict a little bumble bee (whose population is in decline throughout the world) and a large blue butterfly who became close to extinction many years ago and who are now steadily growing in numbers thanks to conservation efforts.

I would also like to thank the VWT for their graciousness and kindness in all our interactions.